Opinion: The power of working on issues close to the heart

I took last month off from my column because I needed more of my energy and strength to get through finals, for my daughters and to try and keep myself balanced. I have been able to be a part of some phenomenal opportunities and experiences these past couple of months. 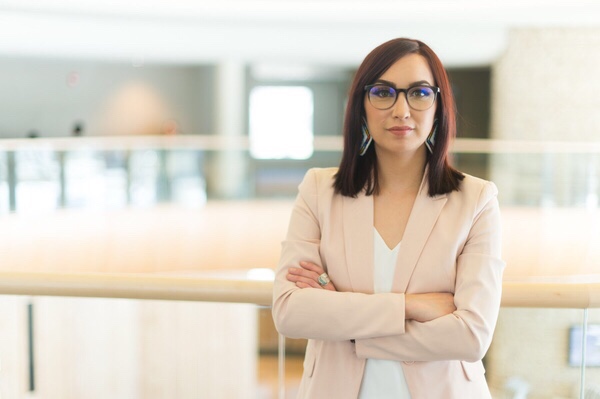 Alyson Bear has had the opportunity to experience some amazing moments these past couple months, including participating in a mock trial at the University of Dalhousie and attending the United Nations for the Permanent Forum on Indigenous Issues.

At the beginning of March, I went to Halifax to the University of Dalhousie Schulich School of Law and territory of the Mi’kmaq to represent my school at the Kawaskimhon Moot. Kawaskimohn is Cree for, speaking with knowledge. A moot is a mock trial or debate about a hypothetical question however, this moot was not a hypothetical question. The question we were given was about how to hold Canada accountable for the ongoing discrimination of Indigenous children in the child welfare system and what does long term reform look like. Of course, it was still hypothetical in the sense we were not actually taking legal action. Law schools gathered from across the country to sit at negotiation tables and try to collaborate our ideas with a concept that would be presented to Dr. Cindy Blackstock.

Dr. Blackstock has dedicated her life to addressing and ending the ongoing discrimination of Indigenous children in the child welfare system. Dr. Blackstock and the AFN filed a human rights complaint with the Canadian Human Rights Commission. On January 26, 2016 the decision of the Tribunal found that the Department of Indigenous Services Canada’s design, management and control of child welfare services on reserve, along with its funding formulas, has caused harms to First Nations children and families that amount to discrimination. The lack of commitment by Canada to make real reform even after the decision was why we were all working on what real reform would look like and how to hold Canada to its obligations. It is a massive topic that affects Indigenous children, families, and communities every day.

In April after I finished my finals and my second year of law school I was invited to go to the United Nations for the Permanent Forum on Indigenous Issues. Where I was witness to Indigenous peoples from all over the world addressing ongoing issues and human rights violations within their own communities. When it came time for FSIN to have the floor Chief Taypotat of Kahkewistahaw First Nation spoke to the ongoing discrimination of Indigenous children and the implications this has on Indigenous peoples and communities. The goal was to have support from an international level to pressure Canada to abide their own laws and obligations.

In Canada they have introduced new Indigenous Child Welfare legislation, unfortunately a legislation that does not address the roots of these issues. When I had the honour to sit with Dr. Blackstock at the negotiation table in Halifax she disapproved of the legislation and was hoping we would have some ideas that could be shared to fix the gaps the legislation was missing, especially in areas of funding. What is it exactly the children need to grow up in healthy homes with their identity intact after years of colonization and attempted forced assimilation and genocide?

At the United Nations I had the opportunity to meet many people and one of those being Nathan Phillips. We had a conversation about how Native American children are facing the same barriers and discrimination in America. I got to hear many Nations speak and so many of our Indigenous peoples internationally are facing similar issues, such as high suicide rates and ongoing battle to protect traditional territories.

May 10th is a day dedicated to bringing awareness to the implementation of Jordan’s Principle through posting pictures with a teddy bear. This day 2016 was the first of many non-compliance orders for Canada to fully implement Jordan’s Principle. It’s also Spirit Bear’s birthday who was gifted to Dr. Blackstock by the Carrier Sekani Tribal Council just before the hearings started. Dr. Blackstock brought Spirit Bear to all the tribunal hearings so he could "bear witness" to the stories of Indigenous children who have been impacted by poor access to health services. Dr. Blackstock stated, "I thought we need something in the hearing room to remind us all who this is about, it's about real children and their families."

Jordan’s Principle is a child first principle and legal rule names in honour of Jordan River Anderson. Jordan passed in 2005 in a Winnipeg hospital, while the federal and provincial governments argued over jurisdiction and who would pay for his care. The principle now provides that the government department of first contact pays for the service and can seek reimbursement from the other government/department after the child has received the service. It is meant to prevent Indigenous children from being denied essential public services. The timely matter of a jurisdictional dispute can mean life or death for an Indigenous child, particularly for those with complex developmental, physical or mental health issues.

I was almost in disbelief after everything I been through that this is my life. What a privilege it has been to travel and work with and learn from such passionate, driven leaders. It is not easy working on issues so close to our heart. All of this has only given me more drive to continue to strive forward and keep fighting the good fight no matter how hard and tiring it might be at times. I think we all need to really think about how we can create positive change for the generations to come and how we can all be involved in protecting and promoting healthy lives for our most sacred, our children.