Many elementary and high school students get a white-washed or partial version of the story in their Canadian history class, and Julian Black Antelope, owner of Herd of 1 Media, wants to change that with his new show The Secret History of the Wild West.

“When I was growing up, I always wondered why I never head these stories in school about these characters. Jerry Potts is probably the only one ever mentioned,” said Black Antelope. “Especially growing up in southern Alberta. A lot of these Indigenous characters take place here. They helped shape this part of the world.” 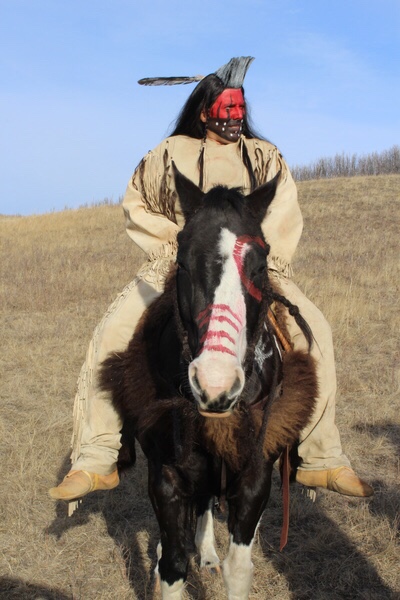 Julian Black Antelope, creator, writer and showrunner/executive producer of The Secret Hisotry of the Wild West, films a scene for the new show as the Trickster. Photo by Tanis Red Crow

Black Antelope and his production company Herd of 1 Media partnered with the Aboriginal Peoples Television Network (APTN) to make the show.

The Secret History of the Wild West will look at the mystical and metaphysical influences behind western Canada’s most notorious, influential, and historical icons such as Jerry Potts, Red Crow, Big Bear, Louis Riel, and Tom Three Persons among others.

“The whole concept then is whether their spirit protectors or spirit helpers looked over certain individuals in order for them to fulfill their destiny,” said Black Antelope.

Audiences will learn things about these historical icons that is not taught in history books.

“History tends to paint what's convenient about certain people and The Secret History of the Wild West pulls back the rug on that,” he said.

In 2015, Black Antelope pitched an early version of it to APTN, who liked the idea for the show and green lit it for development. Black Antelope has since worked extensively on multiple variations researching and developing the project over the next year and a half to ensure historical accuracy and fit into APTN’s programming. 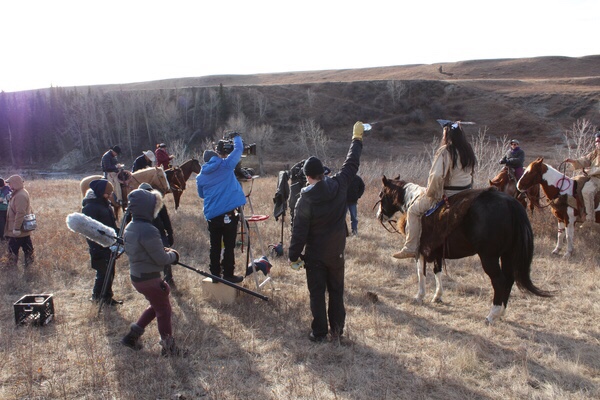 Julian Black Antelope, along with the rest of the cast and crew of The Secret History of the Wild West, film a scene of the show earlier this summer. Photo by Tanis Red Crow

In early summer 2018 APTN licensed the show and order the series for production. Black Antelope, who is the show’s creator, writer and showrunner/executive producer, also plays the Trickster as the show’s touchstone in each episode.

There will be 13 episodes of the show at a half hour each. Every episode will be about a specific person and told through documentary interviews, photographs, historical archives and dramatic theatrical and historically accurate scripted cinematic-style re-enactments.

“To me, it's important to bring a voice to the Blackfoot community. We are doing a version of this in the Blackfoot language which is relatively new on the airwaves and to tell it from a First Nations perspective,” said Black Antelope. “It’s to shine a light on their achievements that people are unaware of. This area was basically tamed and shaped by these people's deeds. So, I think we owe it to them for that and to tell it correctly, too.”

In addition to Blackfoot characters, the series also features episodes on Cree and Metis icons like Poundmaker, Big Bear, and Louis Riel, who were instrumental in helping shape Saskatchewan.

There is strong interest for an international co-production, but Black Antelope is keeping that close to his chest.

APTN has yet to set a confirmed air date, but Black Antelope’s intentions are to ensure everything’s ready for as early as their 2020 Winter schedule.