Thunderchild’s own Michael Linklater has been named the sports recipient of the Indspire 2018 Awards.

Michael Linklater is the #1-ranked 3-on-3 basketball player in all of the Americas, and founder of Boys with Braids. The annual awards honours significant contributions of Indigenous peoples in Canada.

”It’s truly humbling to be acknowledged on a national level for the work that I’ve been doing,” said Linklater. “[This award] is a sign that I’m on the right path and that I’m doing the right work.” 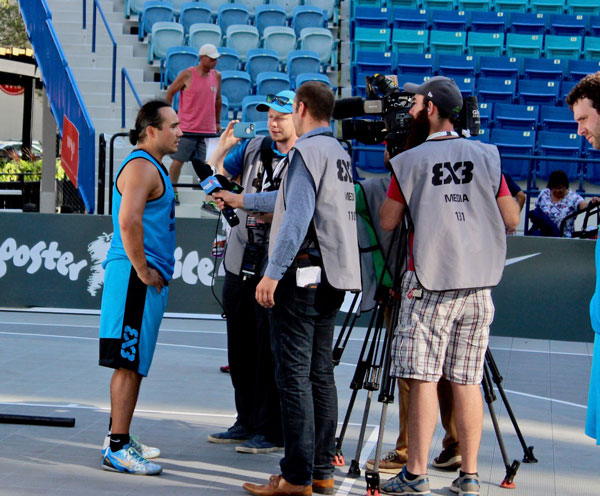 Related: Linklater looking to give back

“We not only recognize the recipients’ individual successes, their discipline, drive and determination to set high standards and accomplish their goals, but also to share and celebrate, the impact of their stories and journeys with all Canadians,” said Roberta L. Jamieson in a media release.

Jamieson is the president and CEO of Indspire and is also the Executive Producer of the Indspire Awards. She added the awards also recognize youth recipients who serve as role models in their communities and across the country. The award recipients were recognized in Ottawa this week during Question Period in the House of Commons. The thirteen recipients were selected by a jury composed of previous award recipients that represent a range of sectors and regions in Canada. The 2018 Indspire Awards ceremony will be held in Winnipeg, Manitoba on March 23, 2018, featuring live performances from some of the biggest names in Indigenous entertainment in Canada today.

Indspire is the largest funder of Indigenous post-secondary education outside the federal government which awarded $11.6 million in 2016-2016 through scholarships and bursaries. The organization is an Indigenous-led national charity that invests in First Nations, Inuit, and Métis students so they will achieve their highest potential.