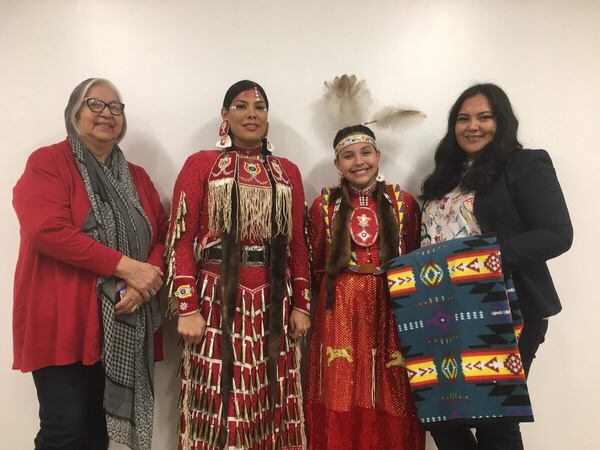 A lake near the town of Unity is renamed to honour Indigenous women. Replacing the previous name of Killsquaw Lake, the new name given by area Elders will be known as “Kikiskitotawânawak Iskwêwak Sâkahikan” which is Cree for “We Remember the Women Lake” to respect and honour the lives of the First Nations women who died at the site in the 19th century, according to the Federation of Sovereign Indigenous Nations (FSIN).

“Our women and children, our language, our lands and ours waters are sacred to First Nations people. That derogatory name only represented the old settler and racially prejudice mentality and language that our First Nations people endured for decades in this Province,” said FSIN Chief Bobby Cameron in a media release. “Changing the name of this lake today shows a great respect and step forward towards healing the racial divide in this Province, while honouring the First Nations women we’ve lost, our lands and waters and our Cree language.”

This historical announcement wouldn’t have happened without the name change nomination submission under The Heritage Property Act from Kellie Wuttunee from the Red Pheasant First Nation which is 70 kms from Unity. With the support of the Battlefords’ Agency Tribal Chiefs, Battlefords Tribal Council and Elders committee, nominator and legal counsel for the Saskatchewan Aboriginal Women’s Circle Corporation.

“To properly respect and honour Indigenous women, we should no longer have denigrating place names in Saskatchewan or Canada,” Wuttunee said. “The previous name was harmful and undermined the pride and self-esteem of Indigenous people. By changing the name, we are giving a voice to the ones who were silenced. Words are powerful. Names are powerful. They inform our identity. With actions like this, we are reminding each other and telling the world that we can learn from our mistakes and move forward together.”

The FSIN Executive applauded the efforts of those involved for successfully petitioning the Government of Saskatchewan to approve the changing of Killsquaw Lake.

“Our women are our warriors and sacred life givers and in a Province that is only beginning to heal, this is a good way to honour those First Nations women who lost their lives and still continue to go missing or end up murdered,” said FSIN Vice Chief Heather Bear. “We are proud of the new name and understand the intent of the original name was to honour a group of Cree women who lost their lives at the lake, however, it’s unfortunate that it has taken a century from the time it came to be to finally reflect First Nations women in less derogatory way.”

Parks, Culture and Sport Minister Gene Makowsky also stated the name change is a way of commemorating the lost lives of women in this area from the 19th century and also honours the Indigenous language and culture.

“The names of Saskatchewan’s geographic features can truly reflect our shared heritage and leave a lasting legacy for future generations,” he said.

The official cultural naming ceremony will take place in the Spring of 2019.