A unity between First Nations in Saskatchewan and Alberta is seeking to protect waters, and improve the quality of water in their respective communities through their inherent right to self-determination.

The MOU establishes a collaboration on developing sovereign, nation-based regulations concerning water and waste-water, as well as developing social, environmental, and economic opportunities.

“The key thing is, with our work-plans, the input is directly from the First Nations themselves. This way, it is the Nations leading it, we're not being told, 'this is what's best for you',” said Marcel Arcand, community development officer for Alexander First Nation. 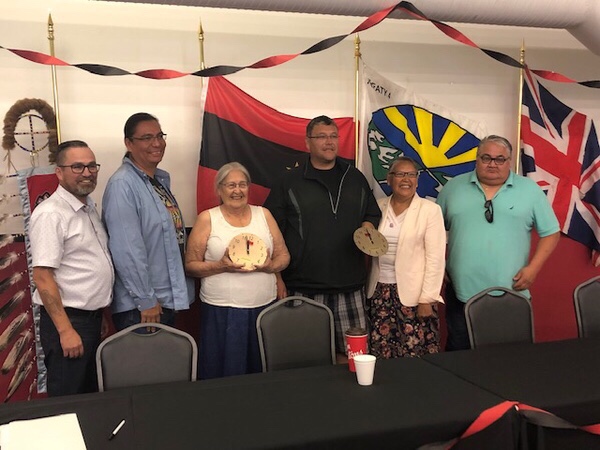 “We're actually having nations guide this, and that's the key thing because we know our needs better than anyone,” he said.

Representatives from each community will form a board that will discuss issues and create it's own agenda and goals that they can present to the federal government. The MOU states they will eliminate any federal, provincial, or municipal government from imposing rules and regulations concerning water, waste-water, and development that hinders the progression of sovereign nations.

“We've seen a shift in the last ten years where the on-community resources are educated and have contacts that carry more advance solutions,” said Jason Tratch, CEO of Proteus Waters. “First Nations are more connected to their culture, but the media and general population forget that. Now, the educated people on-reserve are being a voice for their elders.”

Tratch said that the natural water bodies in Piapot have gone eutrophic, which is an increase in the nutrients in water until it exceeds the capacity of the water body to purify itself.

A study of water bodies near Kitchener, Ontario exposed to waste-water revealed “feminized” male fish, which started to produce eggs as well as change in appearance. The problems were caused by endocrine disrupters in the water, which change how hormones signal and interact with different organs.

“What about the people that eat the fish?” said Tratch. “So now you start asking, why are women developing so early? Why are men changing their levels of testosterone? Estrogen is one of the biggest issues in waste-water, which is not addressed.”

The First Nations in the union plan to discontinue using the lagoon that they now use, and will instead look at recovering and reusing water. They hope this partnership will be influential to other communities or nations who face similar issues.

“(Indigenous Services Canada) and their regulations are outdated and they don't work. Because they were most likely designed by people sitting in a boardroom in Ottawa - people that don't live on a reserve and don't know what it's like. So the idea here is the nation is going to build their own regulations,” said Arcand.

“This is where we're going to see a national following with nations being able to do things faster, easier, and more advanced,” added Tratch.

Jayleen Poitras, band administrator for Piapot First Nation, believes that this project may have profound impacts on these communities for generations to come.

“My passion that comes with this – I have children and will have grandchildren in the years to come, and I want to ensure that we are doing what we can today to provide the self-sufficient and healthy environment for our children.”