The fourth and final week of the regular season for Northern Saskatchewan Football (6-aside) has been completed. 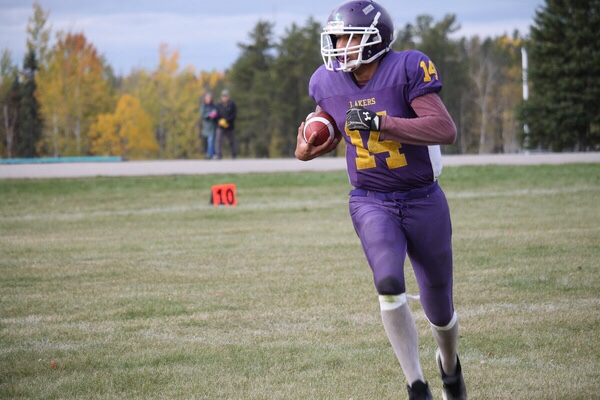 On Tuesday, October 1, the Senator Myles Venne Huskies hosted the La Loche Lakers. The Huskies started out quick scoring 30 points in the first quarter. La Loche never gave up on this game and continued to work hard throughout the match. Daylen Herman from La Loche scored five touchdowns including the tying score with 0:00 on the clock at the end of regulation. In overtime, a converted touchdown by La Loche and an interception sealed the come-from behind-victory for the Lakers. The final score was 66-58.

On October 2, double header Wednesday, the Ahtahkakoop Titans travelled to Beauval while the Creighton Kodiaks hosted the Pinehouse Lakers. In Beauval, Skylar Nayneecassum led the unbeaten Titans to victory with three touchdowns. The Titans won the game 40-15 over the Voyageurs. Meanwhile across the province, in Creighton, the hometown Kodiaks played a strong game over the Pinehouse Lakers winning by a score of 82-12. 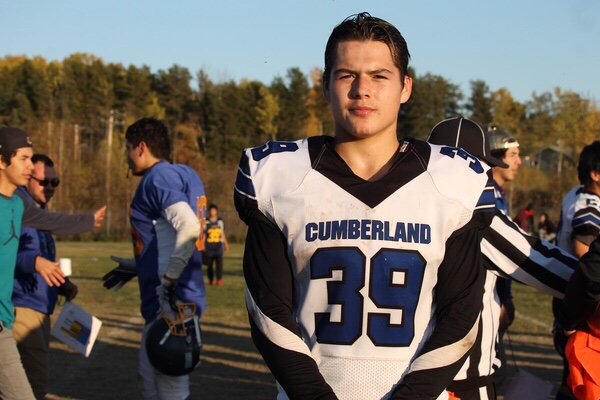 On Thursday, October 3 on the final game of the regular season, the Cumberland House Islanders led by league scoring leader, Kaydin Chaboyer, and a tight defense defeated the hometown Sandy Bay T-Wolves 45-7.

In 9 aside action, the Tisdale Tornadoes defeated the La Ronge Churchill Chargers by a score of 42-6.

Playoffs begin this week. On Tuesday, Ahtahkakoop will host Beauval. On Wednesday, La Loche will host their first ever playoff game, when Senator Myles Venne hope to avenge this week’s loss in their game at the Lac La Ronge Indian Band. On Thursday, Sandy Bay T-Wolves travel to Creighton to play the Kodiaks. The Pinehouse Lakers with a number of injuries have conceded their game against the Cumberland House Islanders.

The winners of each playoff game this week will advance to their respective championship game in Prince Albert on Saturday, October 19, 2019. Come on out to watch some great Northern Saskatchewan Football action.