For many people one of their favorite summer memories is time spent at the lake swimming with friends and family.

As a way of ensuring everyone gets to have these memories in a safe manner, the Red Cross started their free swimming and youth safety program in 2013. After wanting to start something like this the provincial government of Alberta put out a bid for a grant to start the program. The Red Cross won the bid and got to work putting it together.

Since the program was so successful it is now offered in Alberta, Saskatchewan, Manitoba, and Ontario. 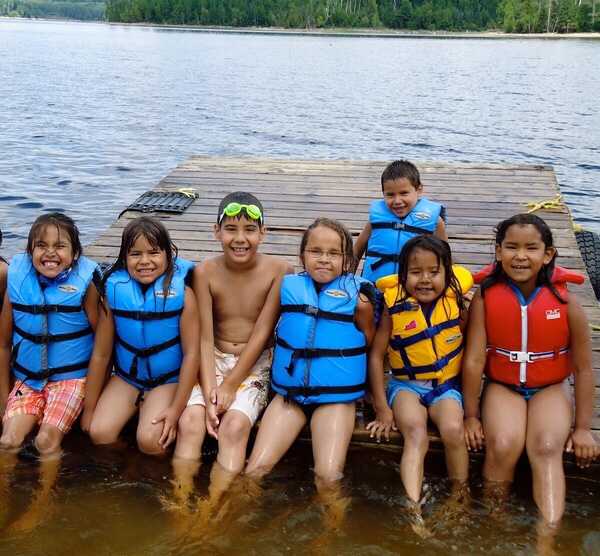 This year the program will take place in various First Nations communities, including Cowessess First Nation.

The Red Cross will be holding swimming lessons and water safety classes at Crooked Lake from July 22 to 26 in the mornings.

They chose swimming lessons since so many people swim at Crooked Lake. After a person drowned on June 5, 2018 at the age of 14 when his canoe capsized on the lake, safety became of utmost importance.

“It is for the safety of our youth that do use the lake waters quite a bit through the summer,” said Shelley A. Lerat, Cowessess Sports Coordinator. “We did have an incident where a young man drowned and passed away. So, it was brought to our attention to make it more publicly known about safety at the lake.”

Lerat said that that although she does understand that children want to have fun at the lake it is important that they be aware of their surroundings. This is so they do not get hurt on land or go out to far into Crooked Lake if they cannot touch the bottom or properly swim back to shore.

“I am excited to be partnering with Cowessess this year,” said Lesley-Anne Morley, Indigenous Community Outreach Coordinator for the Red Cross.

Morley thinks the Red Cross has started to develop a good rapport with Cowessess from their outreach program and now setting up these swimming lessons.

“We are excited to see where it can go from there,” said Morley. “I feel like we will be able to get some assistant life guards and maybe swimming instructors certified in the community in the next couple of seasons.”

Morley said it is important to her to bring swimming lessons to Indigenous communities as statistics show drowning rates are ten times higher there as most of them are located in rural areas and they don’t always get that specialized training.

Morley, who has been part of the program since it started in 2013, thinks this is an important piece of training for everyone.

“I think it's an important piece for anyone…just to learn to swim and some of that water safety,” said Morley. “We have so many lakes around that are being utilized year-round for one reason or another. It’s really important for us to make sure that we are all being safe on and around the water.”

Lerat is thankful that the Red Cross is offering this as a free program as their sports department is underfunded. She estimates there is roughly 30 kids aged 3 to 8 signed up for swimming lessons.

A few days before swimming lessons start there will be a safety fair at Cowessess First Nation where the Red Cross will have a booth. Morley hope this will get more people interested and signed up for the lessons.